Review of the Def Leppard deluxe versions of Pyromania / Adrenalize. 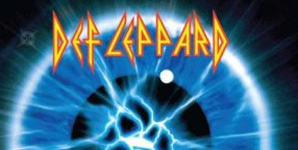 As many will know, Def Leppard have furnished the ears of the masses with an astounding repertoire of classic rock anthems like 'pour some sugar on me' and 'Let's get rocked', relentlessly sizzling the airwaves for over 40 years.

The two most career transforming albums to have paved the way from seedy American bars to fully packed arenas have undoubtedly been Adrenalize and Pyromania. Selling in excess of 10 million records each in the US alone, Def Leppard is one of only 5 British Rock bands to achieve such a feat, putting them in the hall of fame alongside The Beatles, Led Zeppelin, Pink Floyd and Van Halen.

Riding on the back of two of the most popular studio albums in rock history, Def Leppard have decided to don the denim, get their hairy chests out and shake their bulge once more in the name of rock. They are lined up to play Download this Sunday 14th June, which promises to be an old school metal feast that will bring the nostalgia pot to a bubbling overflow.

The re-releases of Adrenalize and Pyromania both come in a two disc Deluxe Edition package. The accompanying discs are peppered with a selection of live rarities and B sides to brag about. If you're an avid Def Leppard fan, the bonus material will most definitely fill that nagging emptiness that has remained unquenched by the masses of watery new metal bands.

We seem to be living in the age of the comeback, where the old dudes dust off their moth eaten stage attire and turn back the years. Is it a final salute to the fans or is it one last ditched and half arsed attempt to cash in on a past success? We'll find out this weekend if Def Leppard still have what it takes to create the 'Hysteria' for which they are famed. 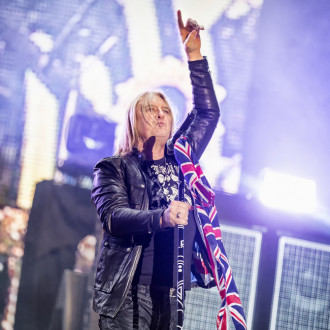