Review of Deerhoof vs. Evil Album by Deerhoof

Deerhoof have certainly filled their 11 years together with many bold sentiments, but none so bold as battling against the forces of darkness. Deerhoof vs. Evil has arrived. It is their 10th studio album and they show no sign of getting any meeker. 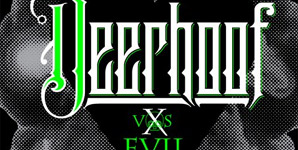 As the title infers, there's a battle contained within Deerhoof Vs Evil, but it's one that they have been waging for as long as they've existed. Although dichotomies are often lazy shorthand, the constant push and pull between progression and experimentation is palpable in every one of their previous releases, and this one too.

Undoubtedly their songs have progression, they are so distinctive and yet so varied; driven and underpinned by traditional rock and blues scaled guitar. So much so that lifted out on their own, the riffs could be parts of far more straightforward rock music. Yet here we strike against the iron clad reason why people often throw a word like 'challenging' at Deerhoof. It's this pre-emptive desire to meander, to mess things up and create something different from their encyclopaedia of influences.

A song like Catalan opener 'Qui Dorm, Nomes Somnia' (roughly: 'What about sleep? Just Dream') certainly isn't going to convince anyone that they are ready to trade in their thinking caps. Arriving in a flurry of scrambled jazz guitar, wind chimes and sampling, it will either blow your mind or give you a tension headache. The translated lyrics are actually like most Deerhoof tracks, remarkably simple: 'I don't sleep much/ but life is short isn't it?' A curiously backwards looping makes the song all the more disarming, and somehow inhabiting a sleep state that the lyrics claim to avoid.
Mercifully there is some great pop music to be had at within Deerhoof vs Evil; the spiky riff that 'The Merry Baracks' brings along with it is hugely satisfying, as is the electro/guitar plod of 'Secret Mobilization.' The truth is that though there are some moments here that translate as a little noodling or self-indulgent, their wealth of experience and talent compensates at other times. The sprinkling of classical guitar over several songs might be a little irksome. But then again, the krautrock inspired 'Let's Dance the Jet' with its overturning rhythm and robot synths is an example of the band at their finest.

Truthfully, it's hard to fully realise the potential of Deerhoof vs. Evil on paper because after all, they are formatively a live band. It is this arena alone that the new songs will reveal themselves as monoliths of riffs, sweat and energy. Deerhoof vs. Evil is not completely a tour de force, but it shows Deerhoof as a band still successfully pushing the envelope after all this time. Dip in and out of it and explore some great alchemists at work. 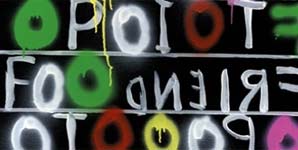 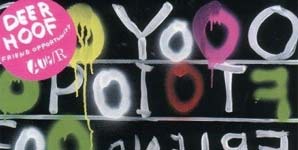