Fans Of Cancelled Tv Series Smash Have Surpassed The $50,000 (£31,250) Goal To Fund A Real-life Production Of The Faux Musical Featured On The Cult Programme In Just One Day. 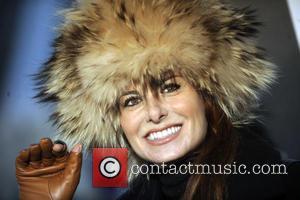 Cast members including Katharine Mcphee, Debra Messing, Will Chase, Megan Hilty and Christian Borle are set for a reunion in New York City on 8 June (15), when a concert production of fictional show Bombshell takes over The Minskoff Theatre on Broadway.

The one-night-only event will benefit The Actors Fund, an organisation which provides funds for members of the creative community who are in need.

On Wednesday (11Mar15), members of The Actors Fund launched a crowdfunding campaign on Kickstarter.com, hoping to raise $50,000 to cover the costs of the Bombshell production.

In Smash, Bombshell told the story of Marilyn Monroe's rise to fame, with MCPhee and Hilty playing the titular blonde beauty. The music featured a score and lyrics from veteran Broadway composer Marc Shaiman.

Smash was cancelled in 2013 after a two-season run, but became a cult favourite.

The show's other musical, Hit List, was performed in concert shortly after the series was axed.