Actress Debra Messing Reunited With Her High School Drama Teacher On Monday (15jun15) As She Returned To Her Alma Mater In Rhode Island To Accept A Career Achievement Prize. 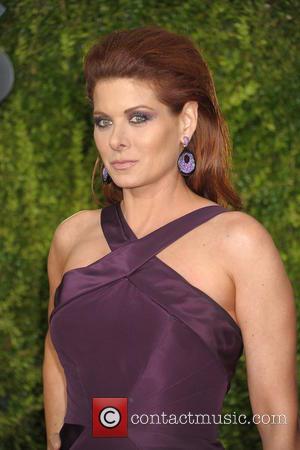 The former Will & Grace star was honoured with the Pell Award for Distinguished Achievement in the Arts and she received the accolade from her old coach at East Greenwich High School, James Metcalfe, during a ceremony at the Trinity Repertory Company in Providence.

Messing, who was born in New York but was brought up in Rhode Island, also took the time to stop by her old school prior to the prizegiving, and said of the trip, "There's nothing like coming home. No matter how long you've been away, it feels like yesterday."

During her brief visit, Messing spoke to students and even signed one pupil's petition to reinstate acting classes at the school, reports The Providence Journal‎.

Other guests in attendance at the awards show included jazz pianist Mike Renzi and filmmaker Bobby Farrelly, who teamed up to present an honour to local restaurateur John Chan, and actor Richard Jenkins, who once ran the Trinity Repertory Company.