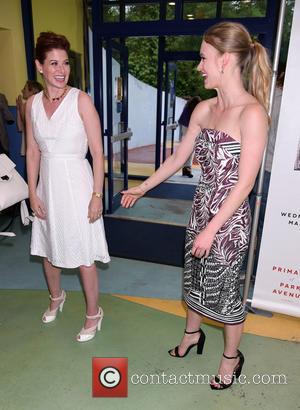 Picture: Debra Messing and Leven Rambin - 'Primates of Park Avenue: A Memoir' book launch held at the Children's Museum Of The East End at Children's...

Messing and Piven shared an intimate kiss in the show, but the experience was not enjoyable for the actress.

She says, "I had to kiss a lot of boys on that show and we were rehearsing, and the very first day of rehearsal, he shoved his tongue all the way down to my heart.