Messing has been open about her support for Hillary Clinton and took comments by the country star as an endorsement of Trump.

‘Will and Grace’ star Debra Messing has apologised to country singer Blake Shelton for misconstruing some statements he made about the upcoming US election. Messing had implied Shelton was a supporter of Donald Trump and had even asked his girlfriend Gwen Stefani to “talk to your man.” 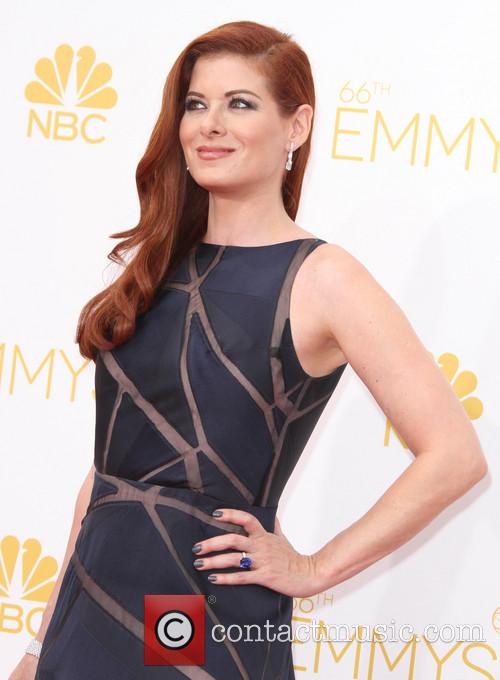 It all started after Shelton spoke to Billboard about presidential candidate Trump and how the Republican doesn't often hold back. "I'm not going to have the political conversation with you about Trump, or about Hillary Clinton,“ Shelton said.

“But I will tell you this: whether you love him or hate him, he says what he thinks, and he has proven that you don't always have to be so afraid. A lot of people are pulling for him, no matter how much Hollywood fights it," he continued.

"I see people who don't like him go and beat up people that do like him. You tell me, who's crazy here? I probably wish there was another option, but there's not.” Shelton has never publicly discussed who he’ll be voting for, but Messing took his comments to mean it was a vote for Trump.

"Omg. How? @gwenstefani please talk to your man to not vote for the person who will STRIP you of your rights," Messing tweeted. However Shelton soon took to twitter himself to clarify his stance.

"Hey before this gets going like it always does... I haven't enforced ANYBODY for president. And I not going to. I don't do that shit," he tweeted. "My comment about 'wish there was another option but there's not' is across the board...period. Now go dig up another story.”

Shelton’s comments caused Messing to delete her previous tweet and offer an apology to ‘The Voice’ judge. ”Ok- I regret commenting. My passions got the better of me," she wrote. "Sorry. @gwenstefani @blakeshelton."

The country singer accepted Messing’s apology and told the actress: “Thank you sis.. I don't endorse anybody. For this very reason!!” While Shelton might not be open about his political allegiance Messing has been very vocal this week.

The actress was in attendance on Thursday night at the Democratic National Convention, sitting alongside actress Sophia Bush and Connie Britton. "These women make me feel light, happy, and lucky," Messing captioned a pic of the trio. "#BadassBabes #dnc #3peasinapod #We'reWithHer"