Actress Debi Mazar (Goodfellas; Batman Forever; Collateral) leaves the Westside Media Center after being interviewed by Chelsea Handler for popular talk show, 'Chelsea Lately'. Debi looks colourful in a pink blouse and purple trousers as she talks to several friends outside the building. She is then seen getting into a waiting car.

The Only Living Boy In New... 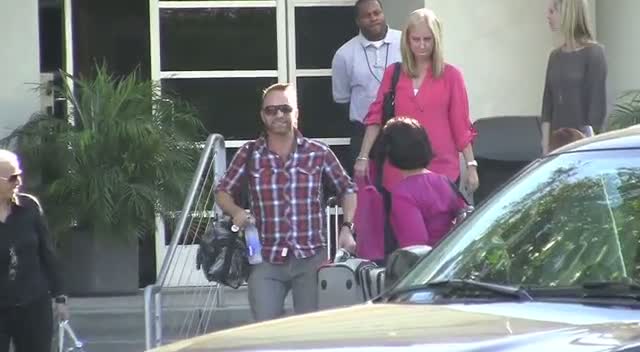