Debbie Harry thinks it is ''time'' she became a judge on a TV talent show like 'American Idol' and 'The X Factor'. 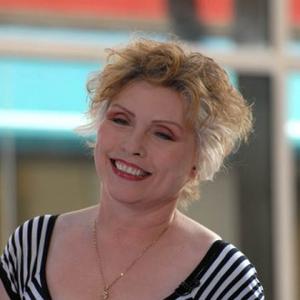 Debbie Harry wants to be a TV talent show judge.

The iconic Blondie singer thinks it is "time" for her to follow in the footsteps of other musicians such as Steven Tyler and Paula Abdul and critique wannabe singers.

Asked if she would like to work on a show like 'The X Factor' or 'American Idol', she said: "I don't know. I guess it's time! Those shows are sort of magnetic. People really get entranced watching them."

The 66-year-old musician also revealed he image as a sex symbol has been "helpful" throughout her career, though she thinks her appearance sometimes overshadowed her abilities.

She told Parade.com: "It's always been sort of helpful [to be viewed as a sex symbol]. It's a showbiz thing. Most performers and artists count on a strong visual.

"I think that maybe early on, the contribution that I made to the music or the lyrics was probably overlooked a little bit because of my looks, but I don't think that's the case now. Since there are so many more women and girls in music these days, it's become a different kind of analysis - although being sexy and hot never hurts!"