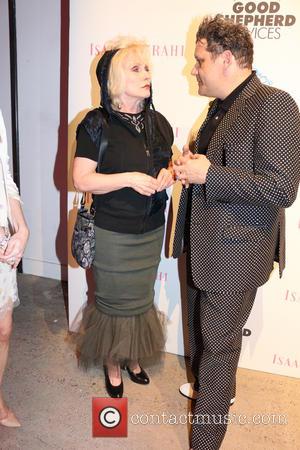 Rock icon Debbie Harry has thrown her support behind a campaign to ban horse-drawn carriages in New York City after a driver was charged for allegedly abusing a horse called Blondie.

The Heart of Glass hitmaker has written a letter to 51 City Council members in the Big Apple to add her name to a growing list of notable figures demanding an end to the popular tourist attraction.

In her letter, she backs up her calls for a ban by highlighting the case of a carriage driver who was charged with animal cruelty last year (13) for allegedly neglecting a horse with the same name as her iconic band.

In the note, obtained by New York Post gossip column Page Six, she writes, "A police officer noticed that Blondie was struggling to pull his carriage. When he questioned the driver, he learned that Blondie had been suffering from a serious leg injury for four days, but had been forced to work long shifts in hectic traffic."

Stars including Pamela Anderson, Lea Michele, Kristin Chenoweth and Miley Cyrus have all called for horse-draw carriage trips to be banned in the city, while actor Liam Neeson is fighting against the campaign, arguing a ban will rob the drivers of their livelihoods.