Tori Spelling's Cheating Husband Dean McDermott Has Been Slapped With A Child Support Demand From His Ex-wife, Alleging He's Five Months Behind On Payments For Their Teenage Son Jack. 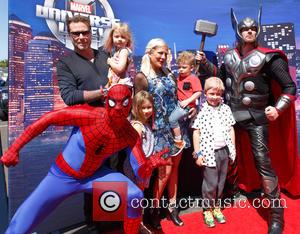 In Touch magazine has exclusively obtained court documents that reveal MCDermott, who also has four kids with Tori, has been served.

The papers show Dean has 30 days to pay up.

MCDermott left Eustace after falling in love with Spelling while filming the TV movie Mind Over Murder with her in 2005.

He wed Spelling a year later.

The TV couple has had a turbulent marriage and their near break-up following his 2013 cheating scandal was caught on cameras for their reality TV show.

MCDermott entered rehab in early 2014 for "health and personal issues".