During a couples therapy session in a preview clip for 'True Tori', the acting duo find out the real issues in their relationship.

Cheating husband Dean McDermott may have offered his wife Tori Spelling a reason for his infidelity.

In a new preview clip of the forthcoming Lifetime docu-series 'True Tori', the 46 year-old actor makes a shocking claim to their therapist, as his horrified beau looks on.

"We have four kids, so in the sex department there were ebbs and flows... We would have sex once every two weeks," McDermott says in the therapy session. "It wasn't fantastic."

The celebrity pair could be ready to call it a day, especially since McDermott's recent cheating scandal became common knowledge.

The Canadian actor was promoting his new gig as host of 'Chopped Canada' in Toronto and stayed at Fairmont Royal York Hotel with Emily Goodhand (28), a woman he was introduced to that day via friends.

The father of five, who has been married to Spelling since 2006, also revealed earlier this year that he entered rehab to receive treatment for "health and personal issues."

"I'm insatiable," McDermott adds in the preview clip. "Sex was an escape, just like drugs and alcohol."

"My worst nightmare is what I did. Absolutely, I cheated on my wife," he further admits to the therapist as Spelling still looks in utter shock.

"Or that you got caught?" the 40 year-old actress interrupts. But after a lengthy pause before giving an answer, he replies "I don't know."

Watch the preview clip below

Only last week, Spelling described the suffering she has felt since discovering her husband's recent cheating scandal.

"He was my soulmate, but he completely broke my heart," the 'Beverly Hills, 90210' alum stated. "It makes you not trust anything that's happened in your relationship." 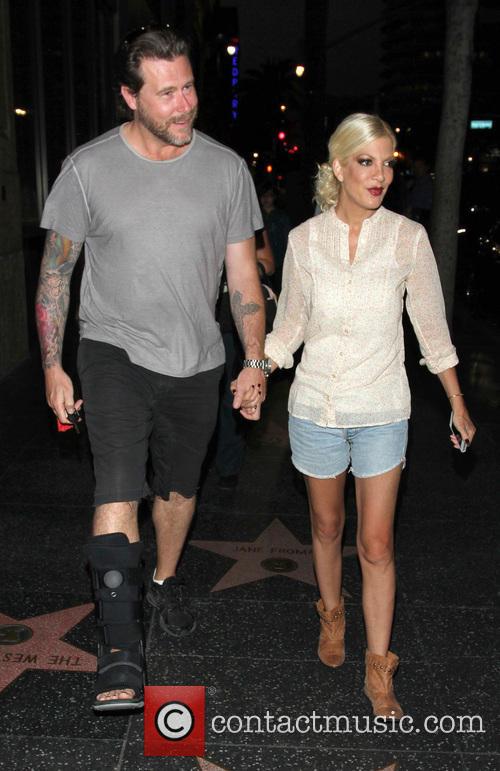 McDermott & Spelling have been married since 2006