Dean Gaffney was undergoing major emergency surgery at Royal Derby Hospital last night (January 31, 2013), following a horror smash that saw his Mini Cooper plough into the central reservation of a dual carriageway. According to The Sun newspaper, surgeons were carrying out reconstructive work on the actor's skull. A friend said: "Dean's had a lucky escape. We thought he was a goner."

Gaffney was on his way to close friend and fellow former Eastender Des Coleman's house in Derby when he crashed late on Wednesday evening. He had been starring in a stage production of Agatha Christie's 'A Murder Is Announced.' A friend said: "He was driving home from the theatre and the next thing he knows he's slammed into something.The airbags went off but Dean got a serious smash on his head. He passed out and there was a lot of blood. The car was so folded up he had to be cut out by firefighters." Gaffney's girlfriend Sarah Burge - mother of his twin daughters - drove three hours from their home in Surrey to be at his bedside. His close friend - the actor Tamer Hassan tweeted, "Can we all pray for my good friend Dean Gaffney."

The actor played the dim-witted street cleaner Robbie Jackson on Eastenders. Last year, he revealed how he had applied to join MI5.

Continue reading: Dean Gaffney Has Emergency Surgery After Being Cut Out Of Mini Cooper

By Jack de Aguilar in Lifestyle / Showbiz on 31 January 2013

Dean Gaffney - the Soap Opera star from Eastenders fame, who later went onto yield cult status - has been injured in a car accident, but is "going to be okay", The Guardian reports.

Dave Read, Gaffney's agent, said his injuries were not thought to be life-threatening and he would hopefully make a quick recovery. "He's got some nasty head injuries but the good news is that he's going to be okay," he said. "It was a bad crash and we're grateful it wasn't any worse." A spokeswoman for Derbyshire police said: "We can confirm that a 34-year-old man was involved in a collision on the A38 at around 10.45pm last night. There was just one car involved that hit the central reservation. He was taken to Royal Derby hospital where he received treatment for head injuries but those injuries aren't thought to be life-threatening."

Friends of Gaffney's were quick to issue words of support. Steven Van Der Lammie said: "Whenever I've worked with Dean Gaffney, he's always been so kind and funny ... I really hope he pulls through his car accident! x" Danny Panthaki said: "Hearing that Dean Gaffney was in a very serious car crash last night. Hope he pulls through. A top, genuine guy."

By Michael West in Lifestyle / Showbiz on 31 January 2013

It appears Dean Gaffney had a lucky escape after a car crash in Derby on Wednesday evening (January 30, 2013). The 34-year-old was returning home after starring in a stage production of A Murder Is Announced when his car struck the central reservation on the A38 at about 22.45 GMT, according to BBC News.

Despite early Twitter speculation, Gaffney's injuries are not thought to be life-threatening and he is recovering at the Royal Derby Hospital. The former Eastenders actor is starring in the Agatha Christie murder-mystery at Derby Theatre. Venue manager Gary Johnson said, "We are just really sad to announce we understand there was a car accident that happened last night which Dean Gaffney was involved in. After the performance had finished yesterday evening on his way home we understand the accident happened." A spokeswoman for Derbyshire Police said, "There was just one car involved that hit the central reservation.He was taken to Royal Derby Hospital where he received treatment for head injuries but those injuries aren't thought to be life-threatening."

Gaffney has been fighting to resurrect his career since leaving Eastenders, making appearances on various reality television shows such as I'm A Celebrity, Get Me Out Of Here. He poked fun at his lack of employability in an episode of Ricky Gervais and Stephen Merchant's Extras.

Former Eastenders actor Dean Gaffney, 34, has applied for a job as Mobile Surveillance Officer with the secret service. The soap-star played Albert Square's Robbie Jackson before later mocking himself on Ricky Gervais and Stephen Merchant's sitcom Extras on which he worked at a local branch of Carphone Warehouse.

The MI5 ad reads, "A valued member of a diverse team, you'll follow subjects of national security investigations by foot and by car.Your observation skills, quick thinking and ability to fit into your environment means you'll be able to make a big contribution." Gaffney certainly thinks he has what it takes to become a real-life James Bond, telling The Sun, "I've got an enquiring mind, so I thought I'd give it a go.MI5 put out an advert looking for people and I thought, 'How hard can it be?' Most spies spend their lives pretending to be people who they're not. I do that for a living." Err. The job would no doubt include following suspected terrorists around the country, though when you really think about it, the last person a terrorist would suspect of being an MI5 officer is Eastender's very own Dean Gaffney. A friend of the actor said, "There wasn't much acting work around so Dean had a look at what else was out there.That's when he saw the MI5 advert and figured it was worth applying.He's not heard back yet - but fingers crossed." Fingers crossed indeed.

Gaffney appeared on the 2006 series of I'm A Celebrity Get Me Out Of Here and gained a reputation for being quite the ladies' man, reportedly dating Linsey Dawn McKenzie and Alicia Douvall. 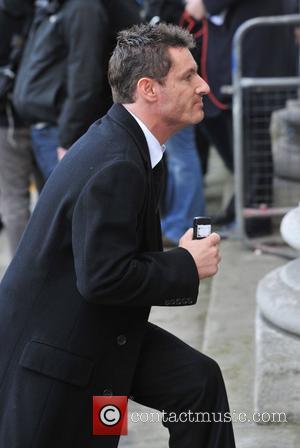 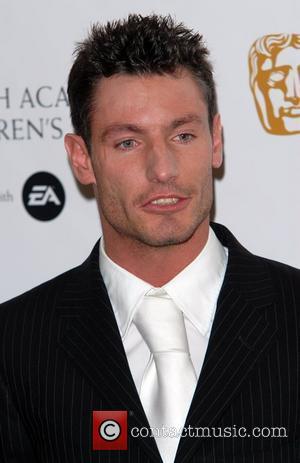