'Independence Day' producers Dean Devlin and Roland Emmerich are working on a sequel after scrapping a script for a follow up to the 1996 disaster movie 10 years ago. 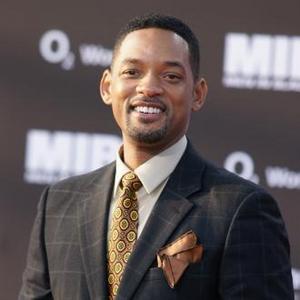 'Independence Day' producers are working on a sequel.

Dean Devlin revealed he is re-teaming with Roland Emmerich for the first time in 11 years to work on a follow up to the 1996 disaster movie - which starred Will Smith, Bill Pullman and Jeff Goldblum - and the scriptwriter admits the pair are ''excited'' about creating a sequel, which is currently making good progress.

He said: ''I can't say that it's going to happen, but I can say that for the first time in 11 years, Roland Emmerich and I are working together.

''There are a lot of moving pieces that are coming together. I don't know if it will come together, but we want it to happen. This is the first time since we made the original that Roland and I are excited about doing it and feeling like we have the right idea and we have our fingers crossed.''

Dean admits he was paid ''a lot of money'' to write a sequel to 'Independence Day' 10 years ago but he gave the cash back after penning a script that he decided wasn't good enough, and he admits it was only Roland's persuasion that convinced him to have another go a year and a half ago.

He added to Comingsoon.net: ''We felt enormous pressure. Over the years everyone has always asked us about it. We never wanted to do it unless it felt germane to the story. In fact, 10 years ago I was hired to write a sequel to 'Independence Day' and they paid me a lot of money. After I finished The Script, I gave the money back and I said, 'Don't even read the script. The script is okay, but we can't make an okay sequel to 'Independence Day'.'

''I really decided then that I was never going to do a sequel. Until about a year and a half ago when Roland called me up and said, 'Let's try again.' So we went out to Palm Springs and we cracked it. We said, 'That's a real sequel. That's a sequel that makes sense to do. That's a sequel that won't disappoint the fans. That one feels like we always intended to do that in the first place.' So I want it to happen. I don't know if it will.''