Having started in 2010, San Francisco black metal outfit Deafheaven have been one of the more unique bands in heavy music by injecting the grand and ethereal elements of post-rock and shoegaze with hellish vocals, tremolo picked guitars and bombarding rhythms that are excepted from the black metal genre. Whilst 2011 debut 'Roads to Judah' was impressive, it was really 2013's 'Sunbather' that showed Deafheaven to be one of the best bands in the game. Whilst other bands have fused metal and post-rock, it's hard to think of a band that have done it in such a bright and uplifting way whilst retaining punishing instrumentation as Deafheaven. They've returned with 'New Bermuda' which sees them go further down their inventive path.

'Brought To The Water' gets the album off to a thrilling start with commanding blastbeat drums accompanied by ominous, roomy and well-paced guitars, before proceeding to chug along behind vocalist George Clarke's piercingly sharp screams. The song soon hits a melodic break with some harmonious guitar noodling, becoming even prettier as the tempo slows down and the guitars become more glacial. This is why your average Deafheaven song is at least several minutes long; they need the time to take you on many sonic, as well as emotional, journeys.

'Luna' has an evilness to it, speedy low strings with a few palm muted, and of course the omnipresent rapid-fire drums increasing the suspense. With Deafheaven's metal elements being more at the forefront so far, the band are arguably trying to show their aggressive side with 'New Bermuda'. As praised as 'Sunbather' was for being a breath of fresh air in heavy music, there was many a metal purist who slated the album's fluorescent nature. Deafheaven are proving that they can be as menacing as the best of them, yet at the same time they don't compromise their sound, ending 'Luna' with a euphoric cascade of huge chords ascending the listener into heaven to be greeted by a demonic howling from Saint Peter.

'Baby Blue' starts out peacefully with spacey guitars and delay effects; the eye of the storm before the drums start up with intention against Clarke's cutting growl. Through all the driving riffs, it feels like Deafheaven are preparing for battle.

'Come Back' features some of Deafheaven's most straight up black metal music with low notes, tremolo picking and fast drums. Clarke's vocals sound extra hellish and there's a metallic breakdown built up with palm-muted chugging and you can just picture people moshing to it at a show. Just when you think they aren't going to bring it down though, they segway into an easy section of minimal guitars and decorative drumming. Is this the same song?

Fifth and final song, 'Gifts For The Earth', begins as Deafheaven at their most indie yet, Arcade Fire-inspired guitars free of distortion jogging along. However, with the screaming vocals remaining this isn't them becoming too gentle. Yes, there's a tranquility, but there's still a strong level of energy at all times and the momentum never comes close to being broken. This track is unlike anything Deafheaven have ever done with both the metal and post-rock elements being largely reduced for more of a straight forward easy going approach. Even when it does get heavy on this song it's not over the top aggressive and it's actually quite groove driven.

After an album as fresh as 'Sunbather', Deafheaven could've had a really difficult time following it up. They could've buckled under the pressure or they could've felt the need to make Sunbather MK II. However, what they ended up doing with 'New Bermuda' is a different beast altogether thanks to getting heavier on some tracks and dabbling in different genres on others. But everything that has made them so special remains. Deafheaven have brought out one of the finest albums of 2015 and remain to be one of the most interesting bands in metal, perhaps even music altogether. 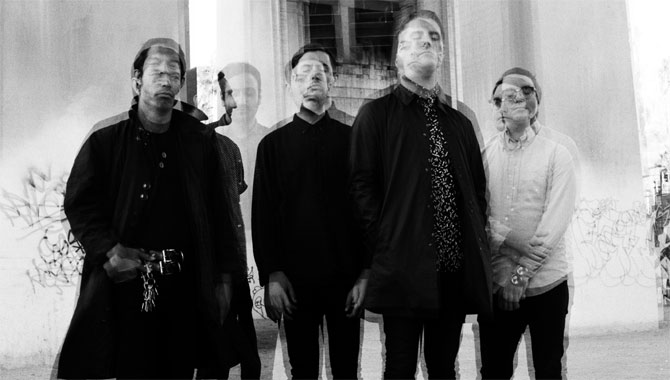