Deadmau5 Would Collaborate With Will.i.am

Deadmau5 would collaborate with Black Eyed Peas mainman will.i.am, but only if they were to work anonymously. 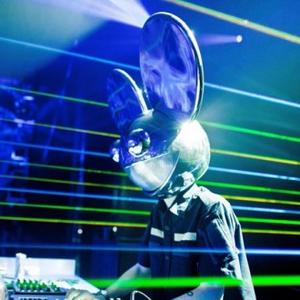 Deadmau5 would collaborate with will.i.am, but only if they were to work anonymously.

The 'Ghosts N Stuff' hitmaker played a special set to launch of the Nokia Lumia 800 phone in London last night (28.11.11) - including a groundbreaking collaboration with 4D projection artists to transform The Front of the Millbank tower in the centre of the city into a giant video screen - where he said he would be open to working with the Black Eyed Peas frontman, but only if it were a secret project.

He told BANG Showbiz: "That's the thing. I would do it, but only if his name wasn't on it, mine wasn't on it and we could put it out on a boutique label. You know what I mean, that would be fun."

The dance musician has not worked with will.i.am before, but explained his cautious approach comes from having started on collaborations with other big name stars who have then turned out not to be as talented as they first appear.

"I'm just like, 'I can't do this, because it's my track now - and it's not a collab and I'm doing all the work.' And I wouldn't want a ticket into the market now - if I were to do a pop tune, I think it would have enough legs to do its own thing."

deadmau5's collaboration with Nokia saw various designs including butterflies projected onto the side of the tower while he played a set including two exclusive remixes, created specifically to accompany his performance, which was free to spectators and broadcast live on the internet.