Electronic Dance Music Star Deadmau5 Has Cut His Ties With Bosses At Universal And Signed A Deal With Independent Label Kobalt. 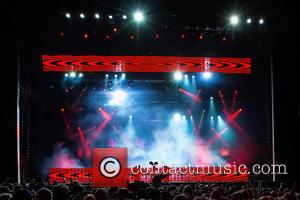 The DJ has previously spoken out against major labels, and now he has inked a new deal under Kobalt, the upstart publishing and music-rights platform which is also home to stars such as Paul MCCartney, Trent Reznor, Dave Grohl, and Skrillex.

Under the agreement, Deadmau5, real name Joel Zimmerman, will bring his recordings, publishing and Mau5trap label to Kobalt.

"The label does what's good for the label. Always," Deadmau5 tells Nielsen Music. "It's instilled in the industry that that's the only way to do it. Well, not anymore."

"I'm not saying I'm never gonna get f**ked again," he says. But I do like the freedom that, if I do f**k up, it's my fault rather than the fault of someone who bought that responsibility from me."