American entrepreneur Daymond John is interviewed at the 'Shark Tank' season 3 finale party at Foxhole in Miami. He discusses what's to be expected for next season and the weirdest invention he's ever come across on the investment reality show.

Daymond has been a panel investor on the show since it premiered in 2009. He was selected for the role based on his foundering of clothing range FUBU which includes casual wear, sportswear and a suit collection. The clothing line was first aimed at African-Americans but has since expanded to be worn by a wider cultural range 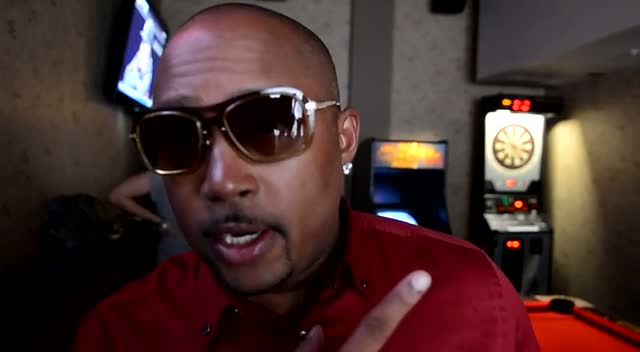