Miss Universe 2008 and Miss Venezuela 2007 title holder Dayana Mendoza expresses her feelings about Canadian 2012 Miss Universe competitor being initially disqualified due to being transgendered as she leaves a medical building with a friend in Beverly Hills.

The blonde contestant, Jenna Talackova, was originally takenout of the running due to being born biologically male. This ignited a media firestorm that saw pageant owner Donald Trump dismissing the decision and allowing Jenna to compete. This is not the first time the Miss Universe Organization have backed the model after controversies were uncovered. Nude photos of Dayana Mendoza from a jewellery campaign surfaced and were accused of being pornographic in nature but the Organization insisted that the photos were artistic rather than pornographic 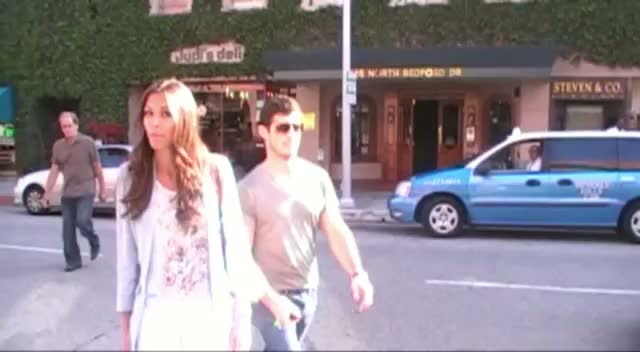