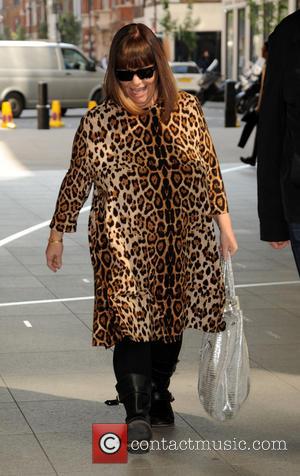 British comedy stars including Dawn French, Jennifer Saunders and Adrian Edmondson turned out to remember funnyman Rik Mayall as he was laid to rest on Thursday (19Jun14).

Around 140 mourners gathered at St George's Church in the village of Dittisham in Devon, England for the funeral of the beloved performer, who died aged 56 on 9 June (14).

Among the congregation were French and Saunders, who landed their big break alongside Mayall in 1980s Tv sketch series The Comic Strip Presents..., and comedienne Ruby Wax.

Nigel Palmer, who starred in U.K. sitcom The Young Ones with the late actor, was also in attendance, while Mayall's longtime comedy partner and friend Edmondson was among the pallbearers who carried the wicker coffin adorned with red flowers into the church.

Before the funeral, Mayall's widow Barbara Robbins thanked fans for their support, saying, "We would like to let you, the fans, know that we will be having a private family funeral for Rik, as I am sure you will understand.

"Thank you again for all your love and support to all our family, it brings great strength."

A public memorial service for Mayall is scheduled for September (14).