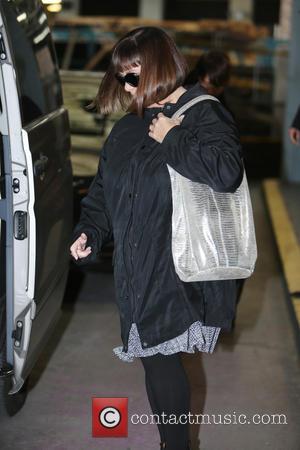 British actress/comedienne Dawn French has cancelled a performance of her stage show on Tuesday (11Nov14) because she is battling an inner ear infection.

The Harry Potter star was due to perform her 30 Million Minutes production at the Liverpool Empire theatre in England but has pulled out after falling sick.

A statement from organisers reads, "We regret to inform customers that Dawn French has unfortunately had to cancel her performance tomorrow night at the Liverpool Empire due to becoming ill with labyrinthitis... The show will not be rescheduled at this time... (Promoter) Phil MCIntyre Entertainments offer their sincere apologies for any inconvenience caused."

In August (14), French fractured her ribs while on tour but ignored doctors' orders by refusing to cancel a performance.