Dawn French – best known for her role in The Vicar of Dibley – has married for the second time. She tied the knot with charity worker Mr Bignell at the Scarlet hotel near Newquay at the weekend.

The wedding is reported to have taken place in Fowey Hall, which is described on its website as "one of the most impressive family hotels in Cornwall" and "sophisticated yet uncomplicated, luxurious yet laid back, grand yet comfy". This is, of course, French’s second husband after her high profile relationship with fellow comedian Lenny Henry. Unlike many breakups, theirs was amicable, and Henry didn’t get a feel for Premier Inns while married to French. "Those last few months were pretty much like the first few months; we were good friends," she said, speaking on Radio 4's Desert Islands Discs last year. "It was a tribute to the way we'd been married, the way we accomplished it. 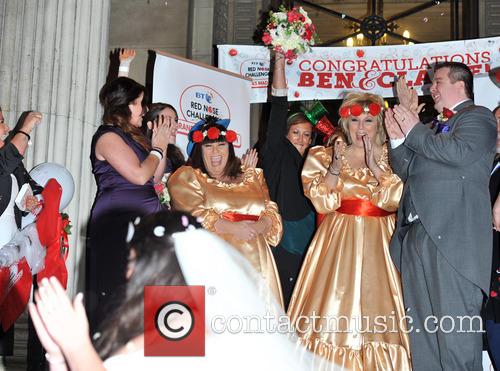 French is set to star in James Corden and Mathew Baynton’s new comedy, The Wrong Mans. Baynton previously told the BBC: "James and I dreamt up The Wrong Mans during a break on the set of Gavin And Stacey four years ago." Executive producer Mark Freeland revealed: "We are trying to do a comedy with explosions, a lot of running about, murder, extortion, friendship and love. I cannot wait. But I'm glad I'm not doing the running about bit." There is no date for the comedy yet, but it will be broadcast on the BBC and the Hulu online streaming service.