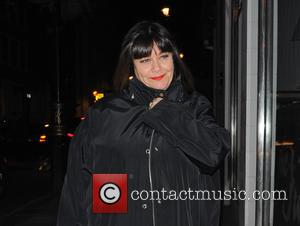 British actress Dawn French was accused of betraying her fat fans after her dramatic weight loss.

The Tv star, who weighed 19 stone (120 kilograms) at her heaviest, lost eight stone (50 kilograms) after divorcing comedian Lenny Henry in 2010 and put it down to eating less and walking more.

But she was amazed to receive catty comments from some of her fans who were "freaking out" about her diminishing waistline.

French tells Britain's Daily Mail newspaper, "My being fat kind of made it okay for others to be fat... But then what happened was that I slightly betrayed the fat club by losing a lot of weight.

"The thing that shocked me was how people reacted. It was as if the fat I once carried was all that was interesting about me. And then when I put three stone back on, it was as if I had swung back towards the fat club and everyone stopped freaking out... Just because I am a fat girl doesn't mean I don't deserve the same happiness as every other woman."