Davina Mccall was regularly brought to tears while completing her mammoth Sports Relief challenge, often fearing for her health. But despite her fears that she’d become the first woman to fail such a task, she completed the ordeal, and plans on a holiday to warm up properly. 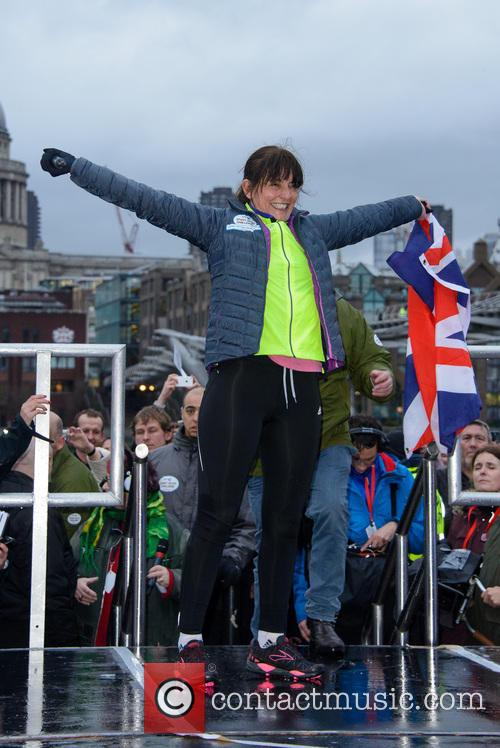 Davina McCall is delighted to have finished her challenge

“We’re going away with the kids. I’m not telling you where, though I am going to look really hot in a bikini,” said Davina, former Big Brother host and mother of two. And it was her kids she was the most worried about while she struggled to overcome the elements. “We stopped a couple of times and one was mopping my brow and the other one was stroking me and feeding me Haribos,” she explained, via The Mirror.

“I tried to front it out for them because it’s a bit scary seeing mummy completely trashed. But they’ll get their normal mummy back – maybe not tomorrow, but the day after.”

McCall’s trek included cycling, swimming and running a marathon from Edinburgh to London, and it was the middle section – swimming through the icy cold waters of Windermere – that really tested her resolve. She was diagnosed as being in the early stages of hypothermia on the first day of the challenge after battling through 60mph winds in the Lake District, and then she collapsed after swimming 1.5 miles across Lake Windermere.

“Windermere was my nemesis. I worried about my health while I was in the water and I felt really cold and so tired. When you get out of the water, your body temperature suddenly plummets and they had to get me indoors as quick as possible.” Davina added: “I’ve never cried as much. I’m quite emotional but since I’ve had children I’ve cried less – you keep it together for your kids. But on this journey, I’ve wept like a baby every day.”