She's recently split from her long-term partner, but she has her eye on someone else already.

Dwayne 'The Rock' Johnson has never been short of admirers, but it seems he has certainly caught the eye of a certain newly-single British celebrity. Davina Mccall has admitted to messaging the former wrestler in the hopes that he'd notice her. Sorry, Davina, he's already taken! 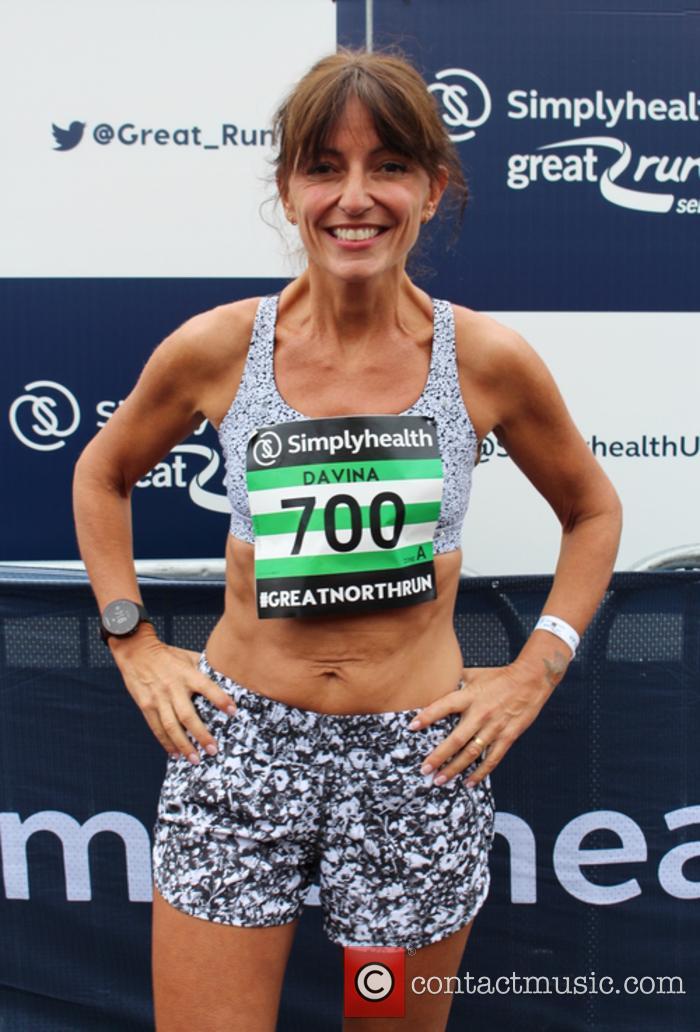 What are you up to, Davina? The 50-year-old TV presenter announced her split from her husband Matthew Robertson in November, and now it seems she's got her eye on someone else. Unfortunately for her, 45-year-old Dwayne Johnson is already in a relationship.

'I think Dwayne Johnson is hardworking, gives more than is expected, funny... I want to meet him', she told The Sun. 'I'm literally sending him messages all the time, I'm thinking 'persist, persist!' He's so big, I'd have to climb up his thigh. I just think he's a nice guy, a really nice guy, great, positive energy.'

Meanwhile, Dwayne has been dating Lauren Hashian for ten years, and they have a 2-year-old daughter together named Jasmine. They are also expecting another daughter to arrive sometime this year. But that hasn't stopped Davina chasing him up.

'I have a blue tick next to my name so I'm sort of thinking, 'Do you think Dwayne Johnson is going to look at his tweets and go, 'Oh hang on, there's a blue tick from a British girl, I'm gonna click on her. And oh, she seems like a nice person, I'm going to answer her'? He hasn't yet', she continued. 'I think The Rock seems like, and it's not that I want to marry him, well, I do actually want to marry him, he seems like the nicest guy.'

More: Dwayne Johnson announces that his girlfriend is pregnant again

Davina has three children with Matthew Roberton; Holly, Tilly and Chester. She was previously married to Andrew Leggett in the nineties, and once even had a relationship with legendary guitarist Eric Clapton.