Wanting To Die Has Always Been In Me: David Walliams' Suicide Attempts 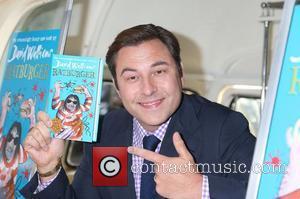 The press embargo on David Walliams’ autobiography was lifted today and The Sun have published details of Walliams’ suicide attempts. “Wanting to die has always been in me,” he says in the book, though admits, after cutting his throat and wrists with a kitchen knife: “the determination wasn’t there.” In today’s article from The Sun, they reveal how the Little Britain comedian made his first suicide attempt aged just 12.

At the age of 18, he reportedly overdosed on painkillers and cut his wrists; he even apparently considered throwing himself under a train. His experiences with depression – which he says “blighted” his life - are detailed in a new autobiography entitled Camp David, which is published next week. Walliams sought treatment at The Priory for his depression, which is also detailed in the book. He had originally requested that the press did not discuss the details of his suicide attempts, because he didn’t want that to overshadow the memories of his achievements.

A 2003 diary entry in the book reads “Just tried to hang myself. But I knew I didn’t really want to die, I just didn’t want to live. I took my weight with my feet and sat down. Earlier I had come close to stepping in front of a train. I am in total despair.”