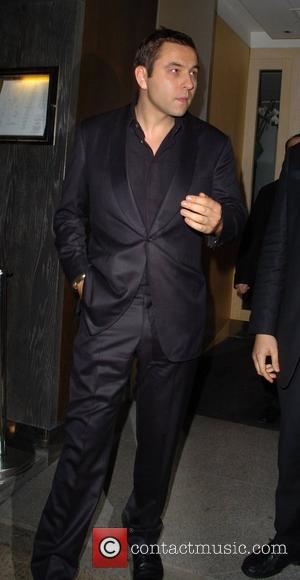 Picture: David Walliams leaving Nobu restaurant after dining alone. The 'Little Britain' star looked ready to retire to bed as he struggled to keep his eyes...

The comedian will play Bulgy Bear in the big-screen adaptation of C.S Lewis' classic children's book which will hit cinemas this summer, reports the Sun.

Speaking about David's role in the movie, a source told the publication: "He loves The Chronicles Of Narnia and jumped at the chance to voice Bulgy Bear.

"He's got great timing and brings a comic touch to the role."

Other famous voices to listen out for in the film include Eddie Izzard's, as the comedian will play Reepicheep the mouse, according to the Times.

Meanwhile, it was recently reported that Walliam's 28-year-old female stalker could be jailed for harassing him.

Sarah Bartholomew is back in court after breaking a bail condition to leave David alone by turning up at his house just 48 hours after a judge ordered her to keep her distance.