David Walliams has welcomed his first child with Lara Stone. Britain's Got Talent judge and Little Britain star David Walliams has become a father for the first time after his supermodel wife Lara Stone gave birth on Sunday (April 5, 2013). A spokesman for the Dutch model told the UK's Independent newspaper, "We can confirm they have had a baby boy." No further details regarding weight or name were given.

Walliams acknowledged the birth by posting a picture of a floral bouquet on Twitter, which he said was from X-Factor honcho Simon Cowell. The white roses appeared to feature sprigs of mint, lavender and rosemary, with Walliams writing, "Someone always has to show off and send the biggest bouquet." David and Simon's BGT co-judge Amanda Holden said she was thrilled to hear of the birth, tweeting, "Love love love to them all."

Walliams, who married Stone in 2010, found national fame with BBC comedy show Little Britain. He first announced the pregnancy in November, tweeting, "Some wonderful news. My beautiful wife Lara is pregnant. We are having a baby! It is due next year and we both couldn't be happier." During an appearance on Alan Carr's Chatty Man show, the comedian said it was unlikely he and Stone would opt for an unusual name, "It's a bit of a curse if you're called Apple or Peaches or something like that. I think we're just going to go with a normal name." 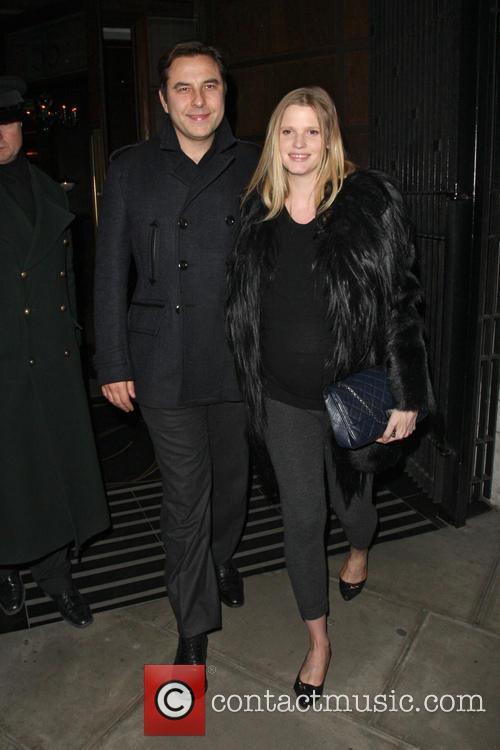