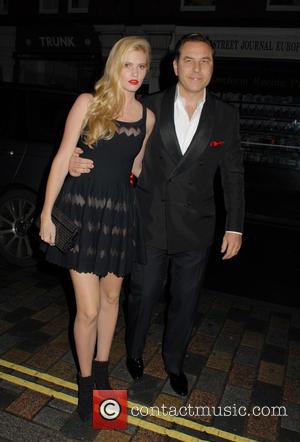 Picture: Lara Stone and David Walliams - A variety of celebrities including British super models Kate Moss and Naomi Campbell were photographed at the 60th Birthday...

The couple, who exchanged vows at Claridge's hotel in London in May, 2010 and welcomed son Alfred in 2013, have agreed on a trial separation, according to U.K. tabloid reports.

The pair appeared happy when Walliams and his wife attended Sir Elton John's wedding in December (14), and insiders tell The Sun newspaper that the comedian and author is "devastated".

Representatives for the couple have yet to comment on the split news.