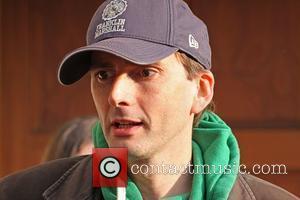 British actor David Tennant has dismissed rumours he has been in secret talks to play THE RIDDLER in the next Batman movie.
The Doctor Who star, who quit the cult U.K. sci-fi series to pursue a career in Hollywood, was recently hit with a slew of rumours linking him to the next installment in the caped crusader franchise.
The Scot has previously spoken out about his desire to play the fiendish villian, portrayed by Jim Carrey in 1995's Batman Forever, and was recently rumoured to have had his wish granted by movie bosses.
But although Tennant would still love to take on the role, he has dismissed speculation that he is in negotiations to join the cast of a sequel to 2008's The Dark Knight.
He says, "I probably should be (The Riddler). But you'd think my agent would have mentioned something if it was true."