David Tennant: Fame Has Made Me A Nervous Wreck 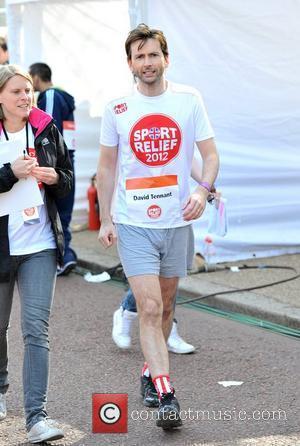 Former 'Doctor Who' star David Tennant has revealed in an interview with the Radio Times that he has become 'a nervous wreck' since his reign as The Doctor ended in 2010.
The 41-year-old actor also admitted that, while remembering how he looked at celebrities as almost royalty before he became famous, he finds it 'terrifying' now the tables have turned. "The world's perception of you has changed while you remain the same", he says, "It's a fear of failure. I admire other actors' work and then see mine and it seems false and crass". He confessed that he is constantly worrying about his future in acting which has made him a nervous person. Tennant also expressed his apprehension about actors being seen as role models because everyone therefore expects them to have 'moral purity'. "Personally I might agree that's a good thing but I don't see why, because you're in a TV programme, you have to be perfect".
Despite his difficulties in the world of fame and recognition, he hastens to add, "I'm not moaning - there's nothing worse than that, because there are huge advantages - but you feel vulnerable". Tennant's latest project is the upcoming 5-part Bbc miniseries 'True Love' in which he stars alongside former 'Doctor Who' co-star Billie Piper. The project cannot have eased his feelings towards fame, given that this is the first TV stint he's ever done where the entire script is improvised.