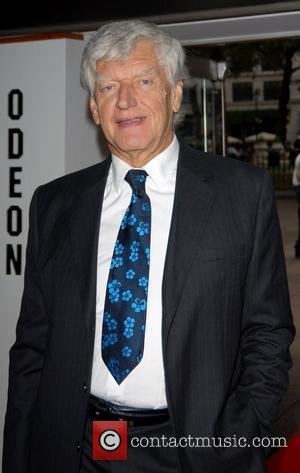 Darth Vader actor David Prowse fears he will be left out of the upcoming franchise reboot because as a "lowly actor" he is "never" consulted about movie plans.

The Brit wore the famous villain's suit on the set of the sci-fi movies, while James Earl Jones provided the voice.

Prowse admits he still feels angry that his vocals were cut from the film in favour of Jones, and fears he will be overlooked once again in J.J. Abrams' upcoming new Star Wars film.

He says, "I don't know what is going to happen as far as the new films are concerned. I think if you ring up (the actors who played) R2-D2 or C-3Po they'd say exactly the same. I've never been consulted about anything. I'm just a lowly actor; I've got no control over anything. To a certain extent, I do still feel resentful. I didn't know that they'd overdubbed my voice until I saw (the first) movie. It came as a big surprise...

"I'd love to be in the next film. But it's quite difficult."

Many of the franchise's original stars are rumoured to be returning for the new film, but a representative for Carrie Fisher this week (beg04Mar13) played down reports suggesting the actress would be reprising her role as Princess Leia.

Speculation suggests Harrison Ford and Mark Hamill, who played Han Solo and Luke Skywalker respectively, could still be involved in the seventh film.