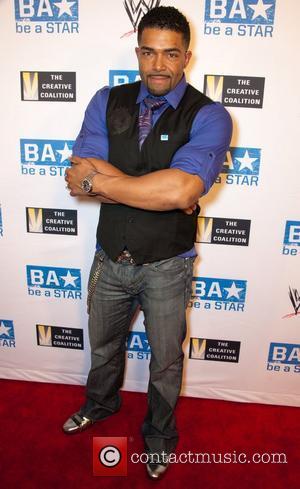 Jennifer Hudson's fiance David Otunga returned to his roots as a lawyer on Thursday (26Jan12) to represent a man who felt he had been wrongly terminated from his job.
The wrestler, who obtained his degree from Harvard Law School, has largely distanced himself from his former life as an attorney since entering the entertainment business and becoming a celebrated fighter.
But Otunga returned to the courtroom this week (begs23Jan12) and appeared before a judge on behalf of a man who was fired from his place of work and denied unemployment benefits.
Otunga's legal skills have remained sharp - his client won the case against the New York State Department of Labor and was awarded compensation.
He is hoping his good luck streak will continue into the weekend (28-29Jan12) as he prepares to battle at the wrestling world's Royal Rumble.
He tells Tmz.com, "If the outcome of the case is any indication of how I'll do in the Royal Rumble this weekend, then it looks like I'll be the winner."