David Lynch To Be A Dad Again

'Mulholland Drive' director David Lynch and his wife Emily Stofle are expecting their first child together, 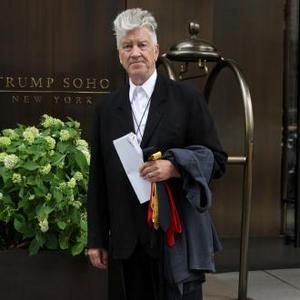 Filmmaker David Lynch is going to be a dad again - at the age of 66.

The 'Mulholland Drive' director and his wife Emily Stofle are due to welcome their baby into the world in August and the happy couple cannot wait to meet the new arrival.

A statement read: ''The couple are thrilled at the news and looking forward to meeting their first child together.''

Although the baby is the couple's first child together, Lynch has three children from previous relationships.

The 'Elephant Man' director has an adult daughter, director Jennifer Chambers Lynch, with his first wife Peggy Lentz; he has a 30-year-old son, Austin Jack Lynch, with second spouse Mary Fisk and in 1992 he had another son, Riley Lynch, from his relationship with Mary Sweeney - who worked with him as the co-writer and producer of 'The Straight Story'.

Lynch met Emily when she appeared in his 2006 film 'Inland Empire', and they married in February 2009.