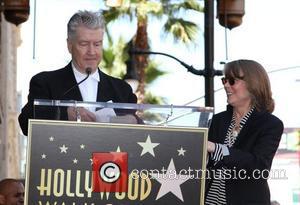 Filmmakers David Lynch and Mel Brooks are set to be handed honorary degrees from the American Film Institute (AFI) in recognition of their lengthy careers.
Both men will receive doctorates of fine arts degrees for "contribution of distinction to the art of the moving image".
They will receive the honour during the Afi Conservatory commencement at Los Angeles' Grauman's Chinese Theatre on 13 June (12).
Previous recipients of the Afi Honorary Degree include Clint Eastwood, James Earl Jones, Spike Lee and Dame Helen Mirren.