After his break-out drama Ain't Them Bodies Saints in 2013, filmmaker David Lowery took an unexpected turn into Disney blockbusters with the 2016 live-action remake of Pete's Dragon.

Director David Lowery is back in indie mode with his deconstructed horror movie A Ghost Story. When asked how he got the idea, Lowery says, "Everything I do is very personal. I don't really think too much about why it is. I'm an atheist, so I don't believe in the afterlife, but I do believe in ghosts." 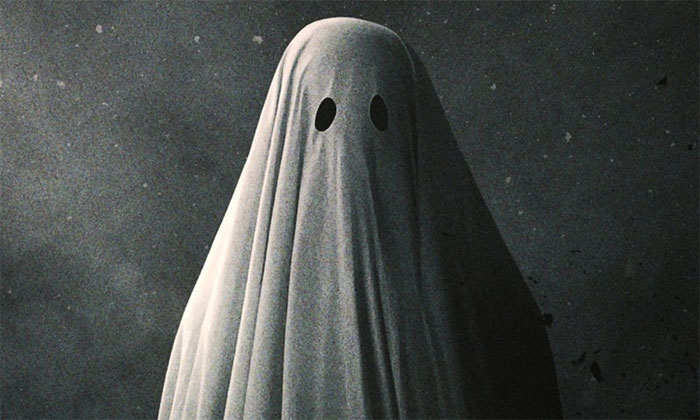 The film's most notable characteristic is that it depicts its ghost as a man with a sheet draped over him. This may initially elicit giggles from the audience, but it's played seriously to create a haunting arthouse movie. "The joke pitch for the project was Beetlejuice as remade by Apichatpong Werathesakul," Lowery laughs, referring to the Thai filmmaking master. "It didn't turn out like that, but still that's sort of the spirit in which we made the film."

The cast reunites Ain't Them Bodies Saints costars Casey Affleck and Rooney Mara. "As soon as the script was done," Lowery says, "I called Casey and Rooney right away and said, 'You have to be in this.'"

Afflect has said that he didn't really grasp the concept, but trusted Lowery enough to come on board. "I really like his sensibility," Affleck says. "I like the things he likes. If you feel at home and you can live in that world, that makes your job that much easier."

And he was happy to reunite with Mara too. "She can show a huge range of emotions with her face in moments where she's just alone," Affleck says. "She doesn't need a whole tonne of dialogue to communicate a lot of things."

Indeed, one of the film's most powerful scenes involves Mara eating an entire pie in a single take while the ghostly Affleck watches. Mara doesn't have very fond memories of that scene. "Oh God," she laughs. "It was some disgusting sugar-free, gluten-free, vegan chocolate pie. It was really gross!"

But for Lowery, the trickiest thing was getting the ghost to look right on camera, because simply putting a sheet over Affleck wasn't good enough. The final costume involved several layers of fabric and a helmet. "It's like you're puppeteering with a person under it," Lowery explains. "Casey thought of this as an opportunity to do what he always wanted to do: hide in plain sight. The first time he put it on, he was just like, 'This is great.'"

Watch the trailer for A Ghost Story: