David Letterman is set to become the longest-running late night TV show host in US history after signing a new two-year deal. 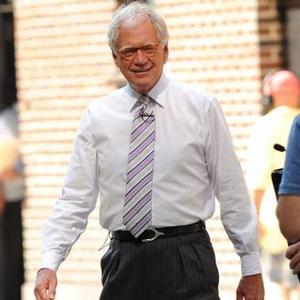 David Letterman is set to become the longest-running late night TV show host in US history.

The presenter has signed a new contract which ensures he will be fronting 'The Late Show With David Letterman' until 2014, meaning he would have hosted the show for 32 years.

Johnny Carson presented 'The Tonight Show Starring Johnny Carson' for 30 years, so when David's contract comes to an end he will have surpassed the TV legend.

In The Deal, David's sidekick Craig Ferguson will also continue to host 'The Late Late Show with Craig Ferguson' and is set to take over when the 64-year-old presenter eventually retires.

CBS Entertainment President Nina Tassle said in a statement: ''David Letterman is a late-night legend with an iconic show and Craig Ferguson continues to evolve the genre in exciting and innovative ways.''

Though no salary for David has been announced, the New York Daily News newspaper has speculated it could be more than $40 million a year.