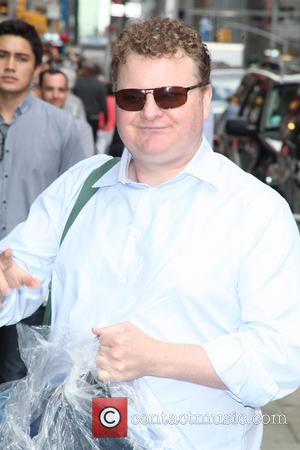 U.S. late night host David Letterman added his tribute to his friend and fellow comedian Robin Williams on Monday night (18Aug14) by showcasing a montage of the actor's appearances on his show.

The Good Will Hunting star passed away on 11 August (14), at the beginning of a week of The Late Show repeats, and when Letterman returned to air on Monday night, he dedicated a 10-minute segment to the late star.

Letterman spoke about his 38-year friendship with Williams, revealing the actor cast him in an episode of his Tv comedy Mork & Mindy.

He said, "Even in the old days, he was kind enough to ask me to appear on the Mork & Mindy show. He did it only because he was trying to help other fledgling, starting-out comics... but he gave me a job...

"Robin was kind of enough to invite me on because he thought, 'Why can't I spread this around to my friends?' And that's exactly what he did."

Letterman closed his tribute with a montage of Williams' appearances on the late-night programme showcasing the actor's funny moments on the show. Williams appeared on The Late Show over 50 times.