David Letterman paid tribute to his close friend Robin Williams in a lengthy segment on his show last night (18.08.14). 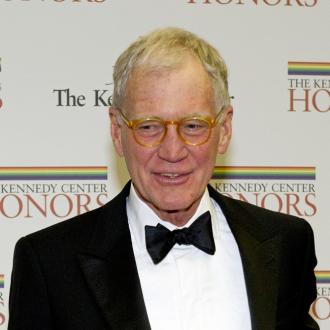 The 'Late Show' host - making his first appearance since the actor's suicide last Monday (11.08.14) - showed a collection of moments from the 'Hook' star's ''almost 50'' appearances on the programme and apologised for the fact he had ''no idea'' how depressed his friend had been.

He said: ''What I will add here is beyond being a very talented man, and a good friend and a gentleman, I'm sorry, like everybody else, I had no idea that the man was in pain, that the man was suffering. But what a guy, Robin Williams.''

The 67-year-old presenter recalled how he and Robin had met at The Comedy Store in Los Angeles over 38 years ago and he had been ready to ''make fun of the new guy'' - but was left fearing for his career as the newcomer was so good.

''And then he finishes and I thought, ''Oh that's it, they're gonna have to put an end to showbusiness because what could happen after this?' Honest to God you thought, 'Holy crap, there goes my chance in showbusiness.' ''

to be a guest on his sitcom 'Mork and Mindy', and went on to recall how he was always ''so gracious'' as a talk show guest.

He said: ''And we would talk about the old times and never did he act like, ''Oh I knew you guys were so scared because I was so good'. It was just a pleasure to know the guy.''