David Letterman will continue to host the 'Late Show' until at least 2015. 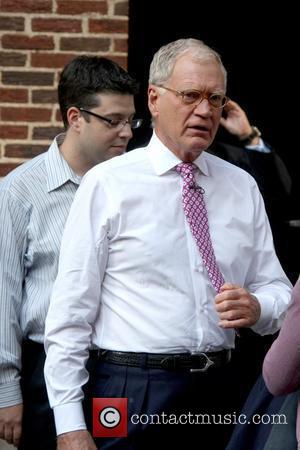 David Letterman signs a new contract to extend 'Late show' until 2015 and the deal offered no indication if this would be his last contract.

Televisions longest-running talk show isn't showing any signs of slowing down since its debut back in 1982 on NBC before moving to its current network, CBS.

The announcement came on Friday (Oct 4th) and CBS Corp. President Leslie Moonves said "There is only one Dave, and we are extremely proud that he continues to call CBS home."

Letterman released his own statement saying "Les [Moonves] and I had a lengthy discussion, and we both agreed that I needed a little more time to fully run the show into the ground".

The 66 year-old host has been with CBS since 1993 after moving from NBC where he hosted the same show for 11 years.

Letterman recently surpassed his friend and mentor Johnny Carson, for having the longest late-night hosting career in the United States of America. Carson hosted 'The Tonight Show' on NBC for 30 years but with this new CBS deal Letterman will reach 33 years as a late night television host.

This extension will see Mr Letterman compete against the considerably younger Jimmy Fallon. Fallon is set to succeed David's long-time rival Jay Leno as host of 'Tonight' in February on the 11:35 television slot.

However according to the New York Times, Rob Burnett, who is Letterman's executive producer, made it clear this wasn't the reason for the contract extension as he said, "At this point in Dave's career, he operates completely independently of these other guys".

The extended run makes it unclear who will be Letterman's successor but after this contract expires he will be 68 and his former mentor, Carson, retired at the age of 66 so it is unclear when the record-breaker will finally leave the hosting game for good.

David Letterman has signed a new 2 year extention with CBS