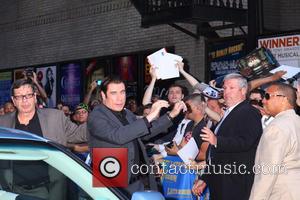 Jokes about Pope Francis's visit to Brazil have got David Letterman in hot water with some Catholic viewers, including those in his own studio audience. Noting that the Pope had arrived in Rio as part of the World Youth Day Celebration, Letterman said, And I'm telling you if there's anything the kids can't get enough of, it's a 76-year-old virgin. Come on! World Youth Day. Or as the Vatican calls it, salute to altar boys. That set off a chorus of groans from the audience, but they did not deter Letterman from continuing in the same vein. On Wednesday, the Catholic League commented: There are some people who can't be shamed. One might think that a man who is known for sexually harassing his staff, and for serial adultery, might be cautious about making such a statement. And the conservative Breitbart.com remarked, David Letterman pulls every punch he can when it comes to President Barack Obama, but he has no qualms mocking the Pope or the Catholic Church.