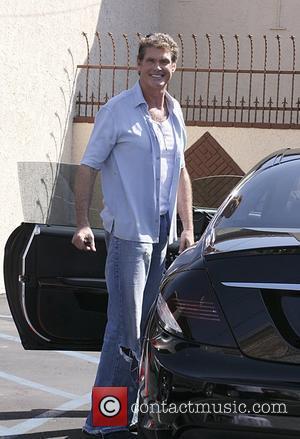 David Hasselhoff is following in the footsteps of his former Baywatch co-star Pamela Anderson by signing up to appear in a traditional Christmas pantomime in London.
Anderson performed as Genie of the Lamp in Aladdin over the 2009 festive season and she is set to return to Britain for a second stint onstage in December (10).
And now her former colleague Hasselhoff is following suit - he has agreed to play notorious villain Captain Hook in a revival of Peter Pan at the New Wimbledon Theatre, the same venue where Anderson made her pantomime debut last year (09).
Hasselhoff says, "Peter Pan is a show that has always been close to my heart, as my first theatre role was playing Lost Boy Nibs when I was a child. I am so delighted to be asked to join this British tradition. I know all about pantomime as some of my good friends have already appeared in previous productions."
Hasselhoff's run begins on 10 December (10).