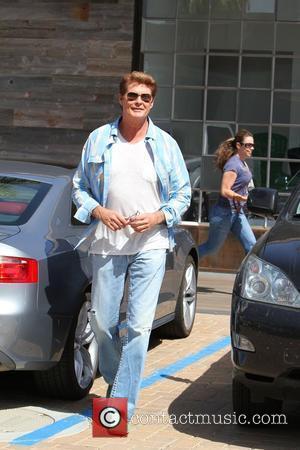 Picture: David Hasselhoff returns to his car after shopping at Kitson in Malibu Los Angeles, USA - 27.03.10

David Hasselhoff is heading to Sin City - the former Baywatch star is in talks for his own Las Vegas revue.
The singer/actor is planning to follow in the footsteps of the Rat Pack and Elvis Presley by garnering his own longtime residency in the gambling Mecca.
And the former America's Got Talent judge insists his show is bound to be a hit.
He says, "I think it's going to be very soon now that I'm back here with my own show. I have a musical show. We just performed it and it went great. We're getting offers. I'm talking with hotels here (Las Vegas). Maybe I'll start downtown. I like it here. It has the old Vegas vibe and then I'll move it to the strip later."