Is David Hasselhoff’s New Show The Next ‘Curb Your Enthusiasm’?

‘Hoff the Record’ is coming to channel Dave next year

‘Baywatch’ star and Germany’s favourite recording artist, David Hasselhoff, is coming back to TV, with a new six part ‘spoof-reality’ series beginning next year. ‘Hoff the Record’ (yes that’s the real title) will be shown on comedy channel Dave in the UK, though we’re assuming the German’s will be quick snap this one up too. 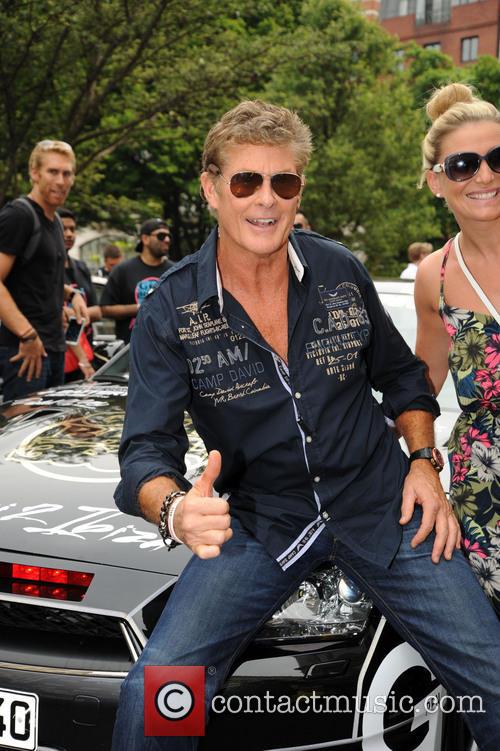 Jump in my car, The Hoff is coming to channel Dave

The series sees David, sorry the Hoff, portraying a ‘fictionalised version of himself’ as he tries to rebuild his career in the UK. It will be “semi-improvised’ and David will have some as-yet-to-be-named comedy co-stars helping him along the way. Of course the obvious comparison to make is with HBO’s ‘Curb Your Enthusiasm’, starring Larry David. But does The Hoff really have what it takes to make the next 'Curb Your Enthusiasm'?

More: David Hasselhoff gets mistaken for others

Hasselhoff’s personal problems and career struggles over the last few years have been well documented. But back in the mid 80s David was riding high as the star of ‘Knight Rider’ which ran from 1982 to 1986. When the series ended and he no longer had a talking car, Hoff’s star status dipped everywhere, except in Germany, where he became a hugely popular recording artist. Hasselhoff was so popular in Germany that he actually performed a special concert there in 1989, at the semi demolished Berlin Wall. But David didn't stay away from television for long. The early 90s saw another Hoff career reassurance when ‘Baywatch’ came along. The series was so successful that at one point it became the most watch television show in the world, raking in over 1billion viewers.

But the past few years have seen Hasselhoff become a bit of a parody. He’s made appearances in film such as The SpongeBob SquarePants Movie and Dodgeball where he played versions of himself which mocked his public image. He’s also been ‘roasted’ on Comedy Central and had a short lived reality series in A&E, focusing on himself and his two daughters.

In short, the post millennial David Hasselhoff is more than happy to laugh at himself if it keeps him on TV. Just look at what he said after ‘Hoff the Record’ was announced to air on a channel named Dave, “When I made Baywatch I dreamed of one day having my own show on a channel named after me,” Hasselhoff said. “Hoff The Record is coming soon to the UK, only on Dave. They did name the channel after me, right…?” Is Hasselhoff the next Larry David?

We can’t say we really expect ‘Hoff the Record’ to have the sophistication of ‘Curb Your Enthusiasm’, but it might just trump it in awkwardness. Still we have no doubt that a spoof reality show starring David Hasselhoff could become our next guilty viewing pleasure. Just imagine the inevitable episode where he travels to Germany, seriously we can’t wait.