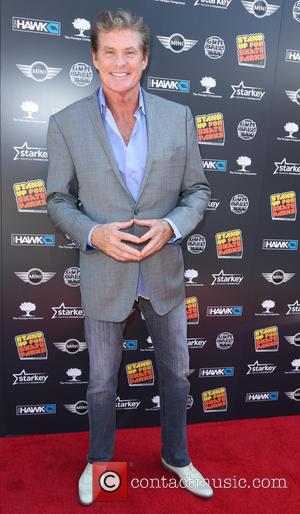 David Hasselhoff has been recruited by Justin Bieber and Cody Simpson to star in a new music video.

The veteran actor revealed the news in a Twitter.com post on Sunday (21Sep14), when he shared a photo of himself posing with the pop stars and their director Emil Nava on the set of the mystery project.

In the accompanying caption, he wrote, "What a great day @CodySimpson @justinbieber Emile (sic) our director for new video..."

In another shot, uploaded at the same time, Hasselhoff reprised his role as Mitch Buchannon in Baywatch and posed in the iconic red shorts and jacket he donned for the classic Tv series.

It is not yet known if the two photos were taken on the same set.

Further details about the promo have not been revealed, but Simpson recently revealed that he and Bieber have been busy working on a forthcoming duets album.