But don't worry; it's just for a commercial.

'Baywatch' star and general TV legend David Hasselhoff has decided to change his name to ease the hassle of his life, and becomes just plain David Hoff - undoubtedly an homage to his endearing nickname 'The Hoff'. Now he just sounds like a cigar brand (Davidoff - geddit?). 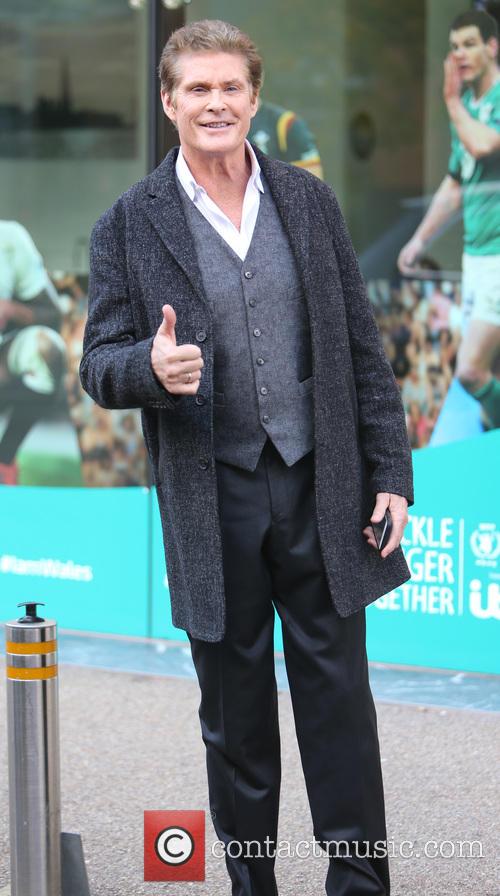 The cheesy 80s actor (and we say that with great affection) who appeared in 'Sharknado 3: Oh Hell No!' earlier this year opted for the name change as part of an Australian ad campaign - more on the subject will be revealed later - but he sure had us convinced that it was all for real with his video announcement.

'I've been wanting to drop the 'hassle' from my life for years, now I have made it official', he told fans, holding up a Certificate of Name Change that we're not even sure is a real thing. He then took to Twitter to add fuel to the fire by telling his followers, 'Big news today and a massive relief for me. I hope everyone can understand. It feels great!'

I think it says more about him than it does about us that we believed it was really official. It's exactly the sort of thing the 63-year-old would do. But a representative for the 'Knight Rider' actor insisted to Us Weekly that it was just a stunt. 'It's an excerpt from an ad campaign that launches in Australia this weekend', they said. 'David is just having some fun and more will be revealed in the next 24 hours.'

While his film career isn't as affluent these days as it once was in the eighties, he still managed to make an appearance in 'Ted 2' and unveil a video for his new song 'True Survivor', released as part of the 30 minute short film 'Kung Fury' by David Sandberg.

More: The Hoff opens up about 'True Survivor'