How Different Will The 'Hellboy' Reboot Be From The Original?

'Hellboy' is getting an R-rated movie reboot.

It's hardly a surprise, given the nature of cinema in the current climate, but it's just been announced by the creator of the comic book series that we can expect a re-boot of the 'Hellboy' films in due course. It will be the first Hellboy movie since 2008's 'Hellboy II: The Golden Army'.

David Harbour at a Golden Globes party in 2017

The creator of the Hellboy character for Dark Horse Comics Mike Mignola revealed the news on Facebook this week, along with who will be at the helm of the new movie and who will be starring in the lead role originally held by Ron Perlman.

'Okay, here's some news... There IS going to be another HELLBOY MOVIE', he explained. 'It's going to be an R rated reboot directed by Neil Marshall ('The Descent', 'Game Of Thrones') and starring David Harbour ('Stranger Thing's) as Hellboy. More news to come soon.'

The original movies were rated PG-13, which means this the new movie(s) will be directed at a more adult audience. Some people might be rolling their eyes at the prospect of ANOTHER movie remake (especially as the first 'Hellboy' movie isn't even fifteen years old yet), but it's likely to be markedly different from the originals. 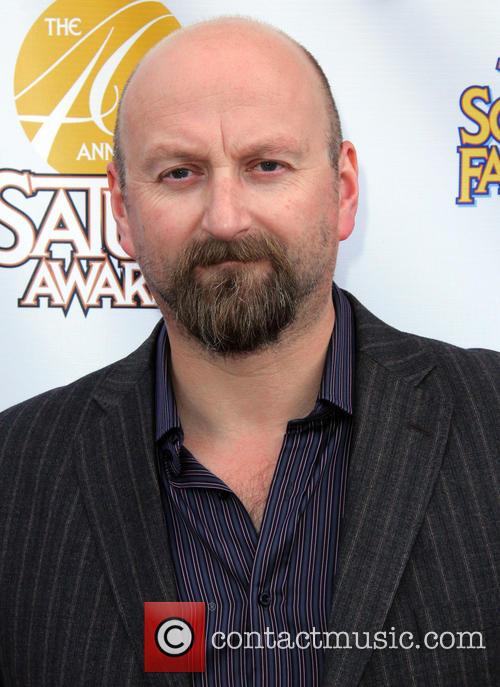 Neil Marshall at the 2014 Saturn Awards

Firstly, original director Guillermo del Toro and new director Neil Marshall have very different styles when it comes to fantasy horror; the former being more for visual elegance while the latter takes on a gritty, bloody sensibility to his filmmaking.

Secondly, David Harbour is the lead actor. He's been really grabbing attention recently with his roles as Jim Hopper in 'Stranger Things' (to which he will return later this year), Dexter Tolliver in 'Suicide Squad' and John Morris in 'Black Mass', and it seems he has the personality blend of dark humour, warmth and occasionally a little menace that is perfect for Hellboy.

Mignola, Andrew Cosby and Christopher Golden are thought to be working on a script for the new film, which currently has the working title of 'Hellboy: Rise of the Blood Queen' according to The Hollywood Reporter.

David Harbour Has Some Ideas For Hopper's Future In 'Stranger Things'

'Stranger Things': David Harbour Unsure If Hopper And Joyce Are "Right For Each Other"

David Harbour Looks Incredible In The First Image From 'Hellboy'

Barb Will Be Given "Respect" In 'Stranger Things' Season 2

How Different Will The 'Hellboy' Reboot Be From The Original?