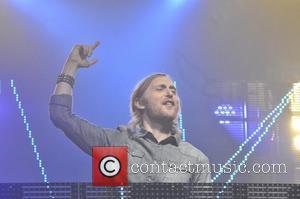 Universal won clearance Friday to take over EMI, but with a few provisos to the deal, reports the Associated Foreign Press.

European Commissioner Joaquin Almunia said Universal Music agreed to part company with some of the biggest-selling acts in the business including Coldplay, Pink Floyd, David Bowie and Cliff Richard, to get the deal approved, but perhaps the biggest loss will be French house music producer and DJ David Guetta. They will now acquire the talents of The Beatles, who EMI claim have all-time sales at more than a billion records and huge online revenues continuing. They also benefit from Katy Perry and Robbie Williams "to icons like The Beatles, the Beach Boys, Genesis and Bob Seger," owner French group Vivendi said in a statement. The deal "will benefit the artistic community and music industry," it added.

The decision to merge the two musical superpowers wasn’t without it’s complications, with some bodies concerned that it would create too much power over the terms it sets for digital platforms such as Spotify and Apple's iTunes that distribute music direct to consumers. “Competition in the music business is crucial to preserve choice, cultural diversity and innovation," Almunia said in a statement earlier. "In this investigation, we have paid close attention to digital innovation, which is changing the way that people listen to music." Basically, it’s worth loads and loads of money.