French DJ David Guetta has been revealed as the most downloaded dance artist in history in a new study by Nokia's Ovi Music Store. 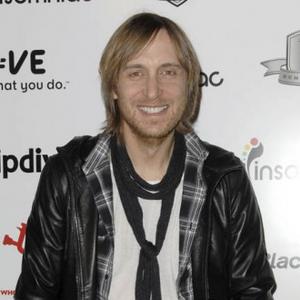 David Guetta is the most downloaded dance artist in history.

The chart-topping French DJ - who has achieved three number one hits in the UK, collaborating with Kelly Rowland, Akon and the Black Eyed Peas' Fergie - accounts for almost half of all dance music downloads, according to Nokia's Ovi Music Store.

Following the 'When Love Takes Over' hitmaker were Cascada and La Roux in second and third places respectively.

Geoff Roberts, Ovi musicologist, said: "This trends snapshot reveals a growing interest in dance music across the world which has traditionally been a niche genre online.

"Artists such as David Guetta are helping bring dance music to the masses, spiking an increase in downloads over the past year. This is only going to increase as we get deeper into festival season - last year dance music downloads peaked between May and September, and this trend looks like it is set to continue this year."

Former Destiny's Child songstress Kelly Rowland recently revealed the first time she heard the instrumental version of 'When Love Takes Over' she was so overcome with emotion that she cried.

She said: "It brought tears to my eyes! After that I asked him if I could have the track and I brought it with me to London. The next thing I knew, I wrote a song to it and I sent it back to him and the next thing, it was history."