Superstar Dj David Guetta Has Vowed Not To Use A Horse During His Live Shows At A Packed Nightclub After A Petition Attracted More Than 7,000 Signatures. 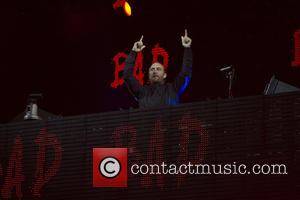 The Titanium hitmaker outraged animal rights campaigners when footage emerged of his weekly concert at the iconic Pacha venue in Ibiza, Spain, during which a horse was seen being led around the club.

An online protest demanding that he stop using animals in his show attracted more than 7,000 supporters, and Guetta has now revealed he has no plans to repeat the stunt, while insisting it had only been a one-off and the horse had been properly cared for at the nightspot.

A representative for the French DJ tells New York Post gossip column Page Six, "A horse appeared for three minutes - owned by a vet - and with full ear protection and security at the opening... The club is too busy now. So no horse."