There's something about national tragedy that has the ability to unite human beings and incite personal growth within the souls of individuals. The Boston Marathon bombing in 2013 was just one such example, and proof that as a united force we'll never let the terrorists win.

On April 15th 2013, Erin Hurley (played by 'Orphan Black' star Tatiana Maslany) decided to run the marathon to raise money for Brigham and Women's Hospital in Boston, Massachusetts. As usual, her boyfriend Jeff Bauman (Jake Gyllenhaal) was hugely supportive of her decision, but she was left with much doubt that he would show up to the event, cheering her on at the finish line with a huge sign as he had promised. It just wasn't in his nature to be reliable.

In a cruel twist of fate, however, it seems this one time he decided to honour his words was at the moment that two terrorists decided to detonate two homemade bombs in the crowd. The incident killed three people and left hundreds of other people injured. Jeff was one of the unlucky 16 who lost limbs in the blast, and it took him a long time to come to terms with his life now that it had been turned upside down.

To most that see him, Manglehorn isn't exactly an enigma, he's a quiet man who goes about his business. What the outside world doesn't know is Manglehorn writes daily to the love of his life, Clara - the girl who got away. Though he never hears back from Clara, his letters offer him some catharsis. The only other relief the aging locksmith finds is in his frequent visits to the local café and his weekly trips to the back, where bank teller, Dawn, finds herself becoming intrigued by Manglehorn.

Can Manglehorn be drawn out of his current lul and deal with his past to face the future?

Manglehorn was directed by David Gordon Green (Pineapple Express, Joe and Prince Avalanche). The film had unusual origins, the director and lead star were actually planning on shooting a commercial together but that never came to pass, however the meeting lead on to David beginning work on a film drawing inspiration from many aspects of Pacino's professional and personal life. Continue reading: Sandra Bullock: I Wanted 'Our Brand Is Crisis' Director David Gordon Green On Board For 'Selfish Reasons'

Jane 'Calamity' Bodine makes the brave move to come out of retirement as a top political consultant, despite having been responsible for one of the most catastrophic campaigns in history. It's time to put the past behind her and learn from her mistakes, by tackling her latest cause; a presidential candidate in Bolivia is desperate to win the 2002 election, but currently remains unpopular with the people of the country who are suffering in the delicate political and economic state. It's Bodine's job, along with the rest of an American strategist team, to help boost his numbers, but unfortunately for her the opposition has selected an all too familiar team to help them led by Bodine's long-time rival Pat Candy. Determined to finally beat him in the political stakes, she has her team spy on the other candidate's campaign and exploits the struggles of the people to give her client an emotional advantage. However, Bodine's soon made to realise that her attitude towards the job is seriously affecting her compassion for the people who are genuinely suffering, and she can't stay detached for long.

Continue: Our Brand Is Crisis Trailer

'Manglehorn' main stars Al Pacino and Chris Messina are joined by the director David Gordon Green at the movie's premiere held at the 71st Venice Film Festival in Italy. The trio are seen greeting fans and signing autographs on the red carpet.

Nicolas Cage gives a rare internalised performance in this atmospheric drama, which has a stronger sense of its location than it does of its story. It's been so long since Cage has been this good that we've almost forgotten that he can do it (see Adaptation or of course Leaving Las Vegas). And he shares the screen beautifully with rising-star Tye Sheridan (Mud) in this strikingly observational tale about second chances.

It's set in the rural South, where Joe (Cage) is an ex-con who has rebuilt his life as a contractor. His big job at the moment is to kill trees on land being developed outside a small town. While Joe is haunted by his past, he is respected by his work crew. His only companions are his faithful dog and a prostitute (Adriene Mishler) who serves as his makeshift girlfriend. Then the 15-year-old Gary (Sheridan) arrives looking for work, and Joe takes him under his wing. Gary's father G-Daawg (Gary Poulter) is a waste-of-space drunk who causes trouble everywhere he goes, leaving the family to live squatting in a falling-down house. Joe can identify with this troubled situation, and Gary needs a real father figure, so the two begin to rely on each other.

This is about as far as the film's narrative goes, apart from a side strand that cranks into gear to push things into a somewhat overwrought final act. This relates to Joe's violent past refusing to fade away, as a local thug (Ronnie Gene Blevins) continually goads Joe to revive a long-simmering feud. Which of course threatens the delicate balance of his positive friendship with Gary. Cage and Sheridan are terrific as the soft-spoken tough-guy mentor and his fiercely determined protege who help put each others' lives into focus. And the surrounding actors are strikingly authentic, especially non-actor Poulter as the relentless loser G-Daawg, a performance made even more poignant with the news that Poulter died while living on the streets shortly after filming finished.

Set for US release next week, 'Joe' sees Nicolas Cage in a critically-lauded new role.

Next week will see the release of new Nicolas Cage movie Joe in the USA, whilst the UK will have to wait a little bit longer. Before you greet that news with a groan and flashbacks to 2009's Knowing, hear this: with the Christopher D. Smithers Foundation Special Award and the Marcello Mastroianni Award from the 2013 Venice Film Festival under its belt, this gritty, David Gordon Green-directed drama is currently sitting at a delectable 84% on reviews aggregator Rotten Tomatoes. Nicolas Cage Makes A Critically-Lauded Return To Form In The Dark & Doomy 'Joe.'

Cage takes centre-stage as the titular ex-convict who makes his living in a backwater town poisoning trees to make way for illegal logging companies. This is just a small part of the film however, as Joe's relationship with the 15 year-old Gary (Tye Sheridan) and his wranglings with Gary's abusive father (Gary Poulter) takes precedence in this dark and doomy tale.

Could 'Prince Avalanche' Be Paul Rudd's Funniest Movie Yet?

Prince Avalanche, the new comedy movie written and directed by Pineapple Express' David Gordon Green and starring Paul Rudd could turn out to be very good indeed. In fact, we already know it's pretty good - it won the Silver Berlin Bear award at the Berlin International Film Festival and was nominated for the Golden Berlin Bear. Essentially, it's a comedy about friendship, specifically the friendship between highway worker Alvin (Rudd) and his girlfriend's stranger brother Lance (Emile Hirsch). 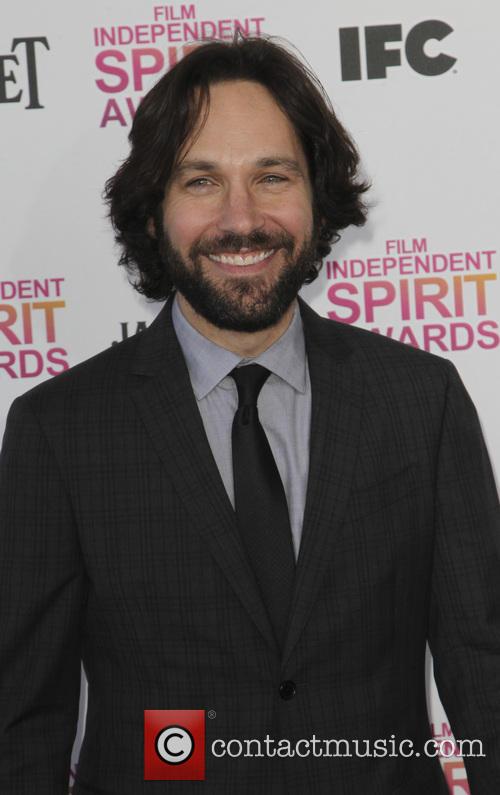 Alvin is working a long summer job repainting road lines on a country highway after wildfire burnt them out. He's pretty serious about his job and finds it difficult when Lance comes to help out. After a few aggressive exchanges and stroppy tiffs, the guys begin to form an unlikely friendship and a brotherly bond draws nearer.

Alvin is a pretty serious highway worker who's on a long summer job to repaint the road lines on a country highway after wildfire burnt them out. He is accompanied by his girlfriend's peculiar and very unworldly brother Lance, who he finds difficult and immensely frustrating to work with and who he doesn't believe is intellectually capable of doing the job. As the weekend approaches, Alvin decides he wants some quiet time to enjoy the scenery, though with the atmosphere between him and Lance growing steadily sourer, it proves more difficult by the day. After a few impolite tiffs and aggressive exchanges, they start to nurse an unlikely friendship as their camping trip away from the city ignites a brotherly bond between them. 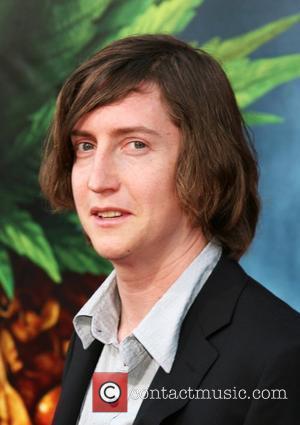